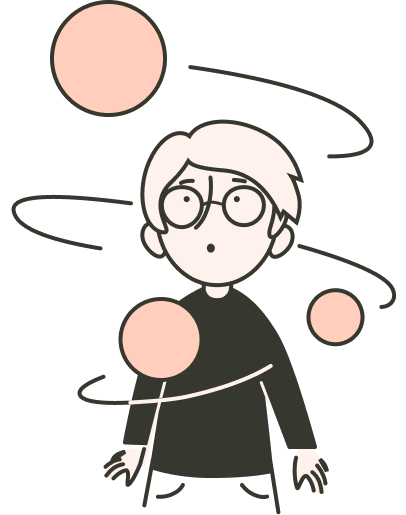 My name is Markus and I'm a former investment banker, startup founder and now i'm training to become a therapist. I write regularly on mental health, entrepreneurship and personal growth. You can read more about me in the About section.

Find what I write interesting? Sign up to the newsletter below, or reach out!

The other day I was supporting a person via the incredible Crisis Text Line service who, for the first time in their more than 30 years of existence on this planet, asked for help. He was given up for adoption at a young age and later abandoned by his adoptive parents in his teenage years. He’s been repeatedly told that he was useless and that he just fucks everything up. He pushed his girlfriend away, got laid off from work and is now alone. While thoughts of ending it all were constant in his mind, the idea of asking for help never crossed his mind. What the hell is going on?

For some reason we equate suffering with strength. Being able to endure pain is glorified. We’re repeatedly told to grit it out, work harder, rest later. This isn’t working. It’s just causing needless suffering and deaths. I understand why the individual above had difficulties asking for help. On top of the awful socialization he’s been through telling him to man up, asking for help requires being vulnerable. It’s not easy or natural to be vulnerable for anyone whose experiences of vulnerability are painful. Asking for help feels like weakness and giving up control and admitting that we aren’t able to keep it together ourselves.

Being vulnerable is being a true friend and a model for others. From the individual above, the idea of sharing what he was feeling and going through with his friends wasn’t an option. Admitting he wasn’t doing well would be a sign of weakness and a huge loss of face. What kind of a friend do you have if you aren’t able to tell them that you’re struggling after a break up? What kind of a friend are you if you would judge your friend as weak because they were struggling after losing their job? Doing difficult things, being brave and modeling good behavior is a sign of leadership. Being vulnerable is difficult, brave and something we need much more of in this society. By being able to take the first step and ask for help you show that you trust your friend and that you care about them. You also tell them that it’s okay to not be okay.

There’s nothing manly about enduring pain. That suicide is the number one killer of young men shows that the current way of functioning isn’t working for us. It also indicates that you’re not alone feeling what you’re feeling. You don’t have to suffer alone. Help is out there but it requires taking that brave first step and asking for help. It doesn’t mean you’re weak or that you’re giving up control. It’s the opposite: a sign of strength, of courage and that you’re taking control of your wellbeing and life. That you know you deserve better.

[If you need support and/or believe that you may be a threat to yourself or others and don’t know where to turn, contact the emergency services wherever you live. If you need to message someone, see if Crisis Text Line is available where you live.]

Therapy as a dress rehearsal for life

Why being anxious isn’t all bad

Anxiety shows us what we care about in this world and can energize us to accomplish our goals. Issues arise when our anxiety goes overboard and when worrying only leads to more worrying. Learning to appreciate the role of anxiety, like that of all of our feelings, is a helpful first step towards better emotional management.

We all want to grow, but our conditions are different

How to get the most out of therapy

Talk therapy offers an incredible opportunity for personal growth. I get the most out of my sessions by managing my expectations, focusing on my relationship with my therapist and by spending a few minutes before, after and in between sessions to reflect.

Why speaking to your friends isn’t a replacement for therapy

Friends are fantastic and incredibly supportive but they probably don’t have the professional training, the time or the objectivity to offer anything comparable to the level of support that your therapist can. Speak to your friends, but don’t let that stop you from also speaking with a professional.

PsychEd: What are primary and secondary feelings?

Ignoring our feelings is such an easy trap

Ignoring our feelings feels like the easiest option in the moment but it stops us from nipping situations in the bid and living our lives the way we really want to live.

Burning out at the age of 28 introduced me to my feelings for the first time and the experience taught me three fundamental truths about feelings.

Sign up to get an email with a weekly summary of the latest posts and things i've read.
Thanks!
Oops! Something went wrong.